The monthly roundup seems to come around faster than a month! The rock guitar roundup May 2018 is the latest and includes a huge amount of material for you to view and share. If you like this article, please share it and let others know about what is happening. We create this article so you don’t have to trawl the internet to find out the latest happenings in rock, jazz and classical guitar. Next month it will be the turn of jazz guitar.

The best thing about the internet these days is the unending content that is created in video. Here are the latest and most viewed videos that are all about rock guitar from the rock guitar roundup May 2018.

Marcel Coenen performing at the guitar awards with the house band.

This is a video about recording rock guitars.

Here is a rock shred which is doing well on Youtube.

Rock Guitar Articles From Around The World 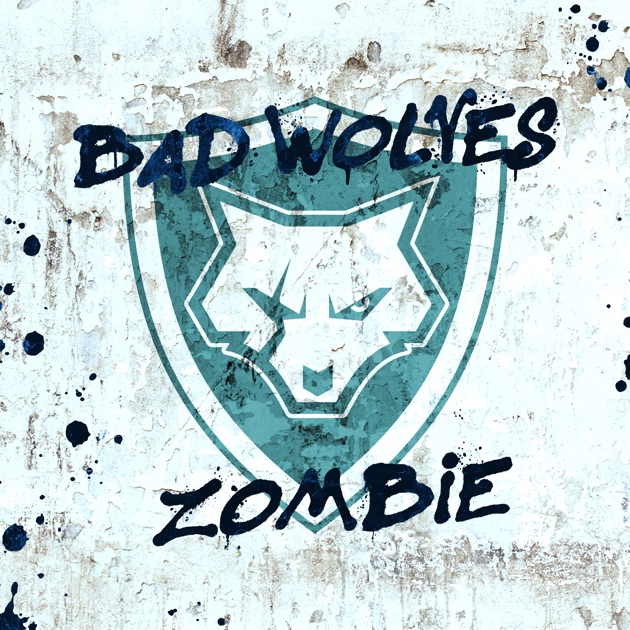 Bad Wolves A Los Angeles, California-based heavy metal outfit with an impressive hard rock pedigree, Bad Wolves employ a lethal blend of melody and might that invokes names like Meshuggah and Sevendust. Formed in 2014 by ex-DevilDriver co-founder John Boecklin (drums, guitars), the quintet also feature the talents of vocalist Tommy Vext (Snot, Westfield Massacre), Doc Coyle (guitar), Chris Cain (guitar), and Kyle Konkiel (bass). In 2016, the band decamped to Audio Hammer Studios with Mark Lewis (Trivium, All That Remains) to craft what would become their eponymous debut album, which was released via Eleven Seven in 2018. Zombie – Bad Wolves 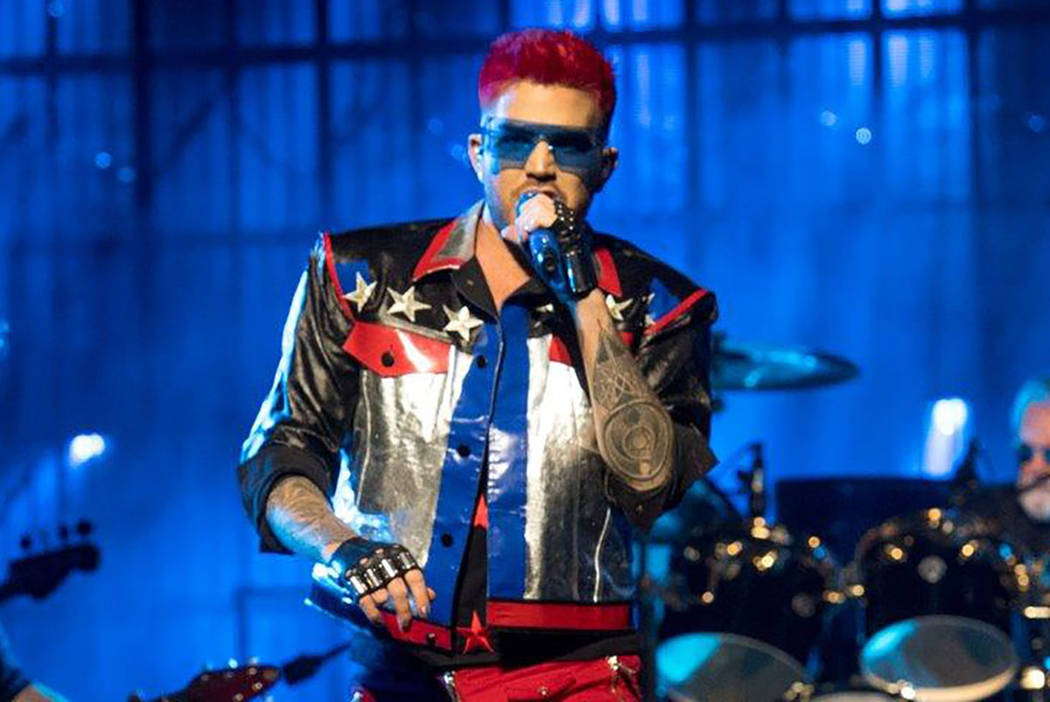 In one of the most entertaining numbers in the musical “School of Rock,” which opened Thursday at the Hollywood Pantages theater, a substitute teacher rallies his 10-year-old students to “stick it to the man” by ignoring their stuffy prep-school curriculum and forming a rock band. It’s fun to watch the adorable children morph from grade-grubbing fussbudgets into miniature sneering, strutting Mick Jaggers and Axl Roses over the course of a few catchy bars. The audience can’t help getting swept up in the rebellion. JoAnn M. Hunter’s choreography here is mostly in the arms — a flurry of left-right-left jabs implying, without being too anatomically specific, that something is being stuck to a man. Advertisement A few onlookers may wonder, however: Wait, national tour of Broadway hit — written by Julian Fellowes (book), Glenn Slater (lyrics) and, of all people, Andrew Lloyd Webber (music) — aren’t you the man? ‘School of Rock’: When Axl Rose meets Andrew Lloyd Webber 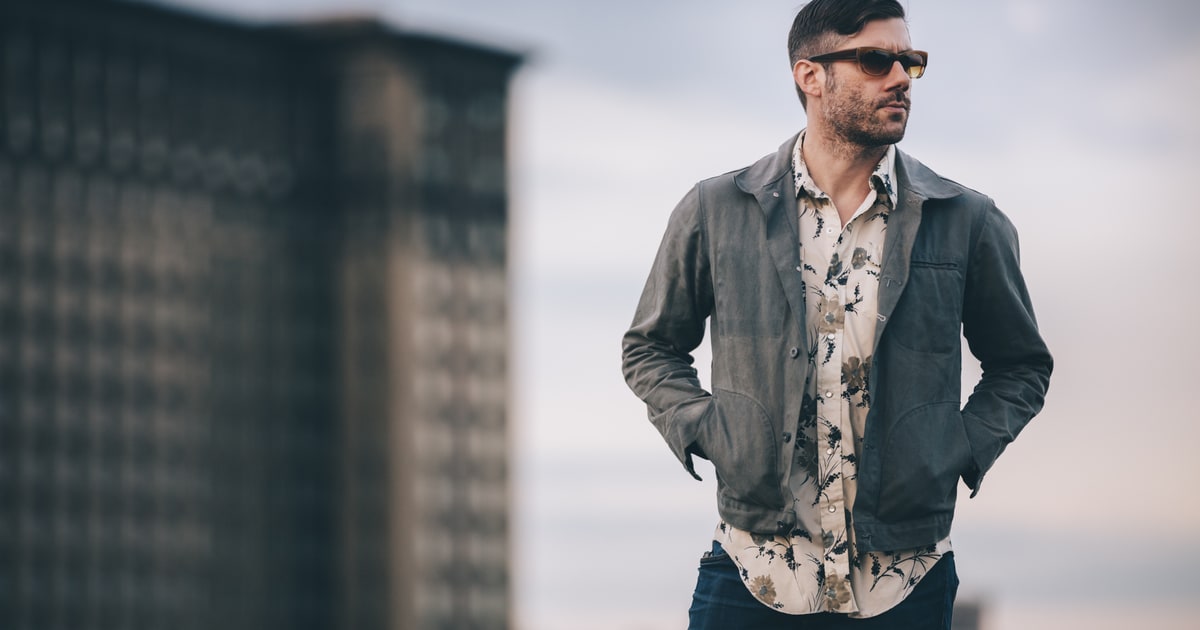 All Stories Long known for his sonic and sartorial experiments as lead guitarist of Limp Bizkit, multi-instrumentalist and producer Wes Borland will strip away the body paint and perform new solo material at this year’s Moogfest , which takes place May 17th through 20th in Durham, North Carolina. Along with drummer Alex Rosson, Borland will use an elaborate rig of synths, pedals and guitars to conduct a four-hour sound installation. The partially improvised set will inform material from his sophomore solo album, Astral Hand , due for release on this August. Described by Borland as his intention to produce “a soundtrack hovering somewhere between soundscape and post rock for a nonexistent film,” Astral Hand is the full-length sequel to his 2016 solo LP, Crystal Machete . “Sixty percent of the record is already written,” he tells Rolling Stone . “The other 40 percent is going to be based on ideas and structures that I’m coming up with for and during Moogfest. Hear New Songs from Wes Borland’s Electronic Project Before Four-Hour Moogfest Set

Paul Brandon Gilbert (born November 6, 1966), is an American hard rock / heavy metal guitarist. He is best known for being the co-founder of the band Mr. Big . He was also a member of Racer X , with whom he released several albums. Following Mr. Big’s disbandment in 1996, Gilbert launched a solo career, for which he has released numerous solo albums, and featured in numerous collaborations and guest appearances on other musicians’ albums. Paul Gilbert ,Jimi Kidd – Raw Blues power 2002

Catching up with Vandal Moon

Leave a comment What does a band do when they just want to make dark wave infused with the sound and spirit of the early 1980s, but can’t seem to find the right place for it? Synthwave fans want their tunes to be some variant of the following: Jan Hammer with a side-chain; uplifting mid-80s synth-pop; or metal burnt over skittering rhythms. Contemporary music fans enjoy their ’80s nods in light, sometimes cynical doses. Period obsessives might balk at even slightly relaxed genre dogma. What then could Vandal Moon do — the pair mining the gothic pastures of the early ’80s works of The Cure, Clan of Xymox, Joy Division, and, especially vocally, Sisters of Mercy ? “ [FM Attack] recognized what makes us unique, and he stripped away anything that did not reinforce that vision. Catching up with Vandal Moon

George Harrison’s First Electric Guitar Headed to Auction May 7, 2018 RELATED: 5 Rock Gods Who Defined Gibson Guitars Harrison used the guitar throughout Liverpool before the Fab Four existed as The Beatles —back when they were The Quarrymen and had yet to add Ringo Starr to the lineup. According to Guitar World , Harrison donated the guitar to a band competition in promotion of The Beatles’ 1966 tour in Germany. There, it was won by a German band called Faces and remained in the possession the band’s singer Frank Dostal until his 2017 death, when his widow gave the guitar to Julien’s Auctions. A post shared by Julien’s Auctions Official (@juliens_auctions) on May 3, 2018 at 7:22am PDT Harrison’s guitar will surface at the auction block on May 19 alongside Eric Clapton ’s Epiphone Granada from The Yardbirds days and Bob Dylan ’s 1965 Fender Telecaster from his electric tour. It’s already been estimated that the Hofner Club 40 will sell for around $200,000-$300,000. George Harrison’s First Electric Guitar Headed to Auction

This week we have the most recent of five “contingency” shows, recorded in December of 2017, but not aired until now. It’s a good one, too. Artist: Blue Oyster Cult Title: (Don’t Fear) The Reaper Source: European import CD: Pure…Psychedelic Rock (originally released on LP: Agents Of Fortune) Writer(s): Donald Roeser Label: Sony Music Year: 1976 Guitarist/vocalist Buck Dharma wrote (Don’t Fear) The Reaper in his late 20s. At the time, he said, he was expecting to die at a young age. Dharma (real name Donald Roeser), is now 71 years old. Rockin’ in the Days of Confusion # 1819 [B19] (starts 5/9/18) Blacktop Mojo: Burning Up The Roads To Success By Johnny Griffith About a year and a half ago I sat down to interview Blacktop Mojo, a Jacksonville based hard rock band riding a wave of momentum after several successful years together and an upcoming album release. The end of that interview finished with this: “Blacktop Mojo can still be heard around East Texas on a regular basis, but I would definitely suggest checking out their website for more information and a sample of their music if you haven’t heard them. If it’s in your wheelhouse, get out and support a great local band that won’t be local for much longer at the rate their Mojo is working.” As it turns out, I was a little more prescient that I anticipated as Blacktop Mojo’s stock has only risen in the ensuing months. With a successful album release, ever increasingly distant tour stops, and mounting accolades from industry critics and magazines, local BTM shows are becoming harder to come by. In case you might not have heard of Blacktop Mojo, their sound can be described as “modern rock that got dragged through a puddle of southern rock and then dipped in a little bit of grunge”. EGuide Magazine’s Gig Guide

Punk-Noise plus Glam and Rock N’ Roll effects from the distortions spraying the geek girl’s face like it’s fuckin’ cumming out from some kinds of alien’s giant penis as the ejaculation timing reaches the peak performance as these Denton, TX quartet consisting for Rick Chrysler (synthesizers, support vocals), Ethan Hope (drums and cymbals), Adam Nail-Salon (bass, support vocals) and Robinson Marlin (guitars, lead vocals) plus some other more musicians added to their formats releasing this Love Songs From The Slime World and the sticky goo liquid may infecting the female’s face with seeds from outer spaces just like your naïve girlfriend being pregnant after she doing a non-conscious copulation to the highly intelligent beings came down using UFO. Jesus Christ + The Beetles is your fine choice – when there’s no other choices to entertaining the Indie Rock genre demands on cranking up Comfort, Only Glass, Sheet Rock onto I’m a Bad Person and I’m Going to Hell – for measuring the asterisk sign on number nine track had a important meaning rather than just a casual suits or the group pose looking a little bit serious there. Love Songs From The Slime World: https://jesuschrisandthebeetles.bandcamp. Courtney Love Buy Gun (Bandcamp 2016)

/ lindsy carrasquillo By: Hope Ankney There’s something entrancing and truly sensational about the experience of a great live performance. It’s the type of gig that leaves one reeling over it for days after, waiting for any opportunity to bring the show up to anyone who will listen and allow them to relive the energy and emotional high they felt. That’s what is to be imagined when one dives into Gainesville-based, pop-punk band Shark Anatomy’s In Shallow Waters . The first thirty seconds of the EP will, easily, allow you to envision the hyperactive and invigorating atmosphere the band will bring to a show- a crowd full of rowdy fans crowd-surfing, screaming along to Sid Taylor’s vocals, and creating an environment that has even the most conservative concert-goer wanting to partake in the dopamine-inducing chaos. It’s the classic, rough edges of pop-punk Shark Anatomy exudes all throughout In Shallow Waters that makes it an instant entertainer. Anyone fond of crashing drums, fast-paced rhythms, and raw-cut vocals will be satisfied with the EP and excited for the band’s future work. [EP Review] Shark Anatomy Dive Into Emotional Sensibilities with “In Shallow Waters”

The latest and most read snippets for you to click on as they take your fancy.

Gear up to rock with legends’ best in Bay

Gear up to rock with legends’ best in Bay

School’s (nearly) out for Rock School

School’s (nearly) out for Rock School

Fall of Gibson: Where have all the guitar heroes gone?

Fall of Gibson: Where have all the guitar heroes gone?

Paul Gilbert Says He Has the Solution: How to Bring Rock Guitar Back Into Mainstream & Boost Sales

Paul Gilbert Says He Has the Solution: How to Bring Rock Guitar Back Into Mainstream & Boost Sales

Rock ‘n’ roll has grown a lot in 50 years. So has this Lexington guitar shop.

Rock ‘n’ roll has grown a lot in 50 years. So has this Lexington guitar shop.

That’s It For The Rock Guitar Roundup May 2018

We hope you enjoyed the Rock Guitar Roundup May 2018. We always enjoy putting the list together as it shows just how much guitar is going on in the world. Next month it’s the turn of jazz guitar which is always a firm favourite so look out for that one. Check out all our latest and past posts from our homepage – GMI – Guitar & Music Institute OTHER COURSES TO LEARN FROM IN GMI

ABOUT US
Contact us: guitarandmusicinstitute@gmail.com
FOLLOW US
© Copyright Guitar & Music Online Learning Ltd 2013 - 2019
DON’T MISS OUT!
Subscribe To Newsletter
Get the latest updates and exclusive content & money of deals for our guitar products straight to your email inbox.
Give it a try, you can unsubscribe anytime.

Powered by Convert Plus
MORE STORIES