Just in case this is your first time viewing one of our roundups. We split this post into different sections. First up are any videos from around the world of rock guitar which have published on Youtube. Anything that takes our eye is here!

Interesting split screen video which has got a pretty good cover version. Need to see the players face at some point though.

Into funk guitar? It’s not rock, however, we don’t have a funk guitar roundup so we wanted to add this here. It’s well worth a view.

It was a little thin on the ground for good rock guitar videos this month, but we’re rounding the videos of with a cover of “Wherever You Are” by Hendra Kurniawan with some tasty playing on offer.

Articles From Around The World – Rock Guitar Roundup August 2018 Posted: Aug 23, 2018 Latest Blues News, Music Award winning blues-rock guitarist Ally Venable’s Puppet Show features Ally – guitar and vocals; Elijah Owings – drums; and Bobby Wallace – bass. Special Guests on Puppet Show, which was produced by Rock Romano, Steve Krase (who also plays harmonica on the sessions) and Ally Venable, include guitarists Gary Hoey and Lance Lopez, as well as keyboardist Eric Steckel. Puppet Show, Ally’s second album for Connor Ray Music, was recorded at Red Shack Studio in Houston. The CD features eight original tunes written and composed by Venable, along with two blues classics that compliment her rockin’ blues sound. Puppet Show is all about songs that connect. It radiates a sense of soul through the songwriting and guitar playing, as well as the vocals that are laid out throughout the album. Ally Venable :: PUPPET SHOW 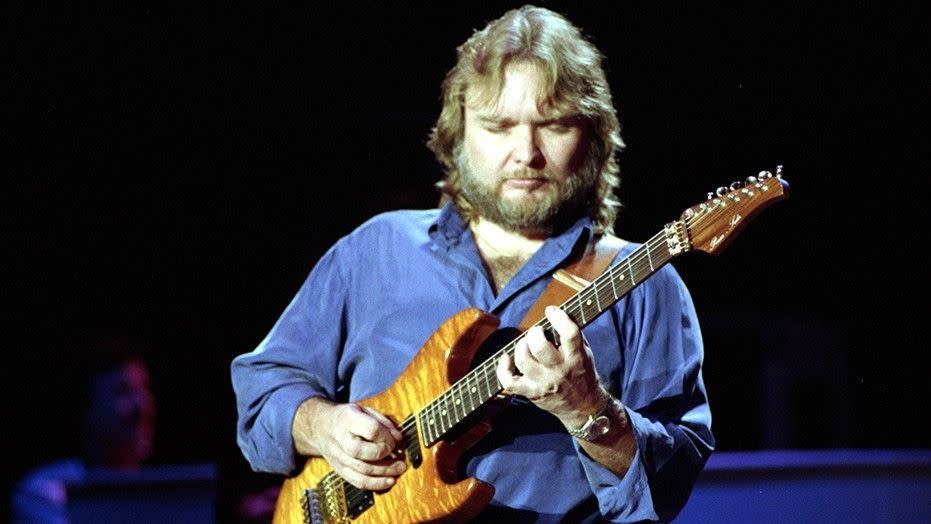 Another tragedy has struck in the Lynyrd Skynyrd camp. The legendary Southern rock band’s former guitarist and bassist Ed King, the co-writer of “Sweet Home Alabama” and other Skynyrd classics, died Aug. 22 from cancer. He was 68 years old. According to Nashville news station WTVF, King had been battling cancer for several months. King, an original member of the psychedelic group Strawberry Alarm Clock (best known for the 1967 chart-topper “Incense and Peppermints,” which King also co-wrote), joined Lynyrd Skynyrd in 1972 and played on their first three albums, Pronounced Leh-nerd Skin-nerd , Second Helping , and Nuthin’ Fancy . Former Lynyrd Skynyrd guitarist Ed King dead at age 68 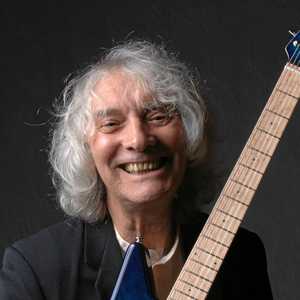 0 ALBERT Lee never aspired to be a star, but his talent eventually pulled him into the spotlight. The British guitar legend has performed and recorded with the greats including Keith Richards, Dolly Parton, Jackson Browne, Willie Nelson, Bill Wyman and Eric Clapton, who labelled him “the greatest guitarist in the world”. “I was really only interested in being a lead guitar player. I thought I would end up in some really successful band and that would be my career,” he says. “It didn’t quite end up that way. I didn’t start singing until the late ’60s. Meet the guitar legend leading the Muster’s blues line-up | Noosa News 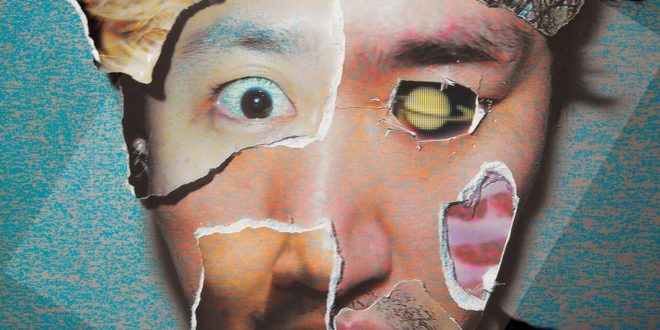 Google + If H A Lot is a band you’ve never heard of, then you might miss the pedigree that makes up the band. Gyuhyun , vocal and guitarist, comes from bands like Nevada 51 and Reflex . Junghun , guitarist, is from CoreMagaZinE . Jinyoung , bassist, is formerly of Yellow Monsters and My Aunt Mary . Jaehyuk , drummer, is currently a session player for Jambinai , with Yellow Monsters and Omega 3 being his past bands. This combination of experience and talent seemed to guaranteed that the first album of H A Lot would be great. Indie Focus: Veteran musicians join to form H A Lot and provide a stellar self-titled debut

New in Stores, August 2018, Part Four By Joseph Neff | Published: August 23, 2018 Part four of the TVD Record Store Club’s look at the new and reissued releases presently in stores for August, 2018. Part one is here , part two is here , and part three is here . NEW RELEASE PICKS: Ohmme, Parts (Joyful Noise) Chicagoans Sima Cunningham and Macie Stewart are both trained classical pianists, but for their first album as Ohmme they choose to focus upon rich vocal harmony and guitar crunch. What they and drummer Matt Carroll put together (with assistance from hometowners Doug McCombs of Tortoise, cellist Tomeka Reid, and saxophonist extraordinaire Ken Vandermark) is solid and occasionally splendid, displaying confidence and range that’s rare in a debut. In a better world, the hooky opener “Icon” would be a huge pop hit, but stuck in this reality, the whole of Parts , experimentally edged while essentially inhabiting a pop-rock zone, is improving my existence considerably. From the title track: “I don’t like little things touching my face. Graded on a Curve: New in Stores, August 2018, Part Four

Review & Track Premiere: Superfjord, All Will be Golden

This slideshow requires JavaScript. Photos by Arnie Goodman The “Stars Align Tour” aligned itself with the PNC Bank Arts Center in Holmdel, NJ, and did not disappoint, perhaps with one exception. With a bill such as this you might think there would be interplay at some point during the show with all or some of the headliners involved, but was not the case. That said, it did turn out to be an evening of splendid, perfectly-played music, almost as if you tuned to your favorite FM classic rock radio station for a few hours. First up was the unannounced Deborah Bonham, who came on stage a half hour before the scheduled starting time of the concert. Strong voiced, personable, and quite the rock and roll singer, this woman (the sister of the late Led Zeppelin drummer John Bonham) earned a standing ovation at the end of her short set. The Stars Align Tour featuring Paul Rodgers, Jeff Beck, Ann Wilson, Deborah Bonham

Listen To KT Tunstall’s Anthemic ‘The River’ From Her Forthcoming Album, ‘WAX’ 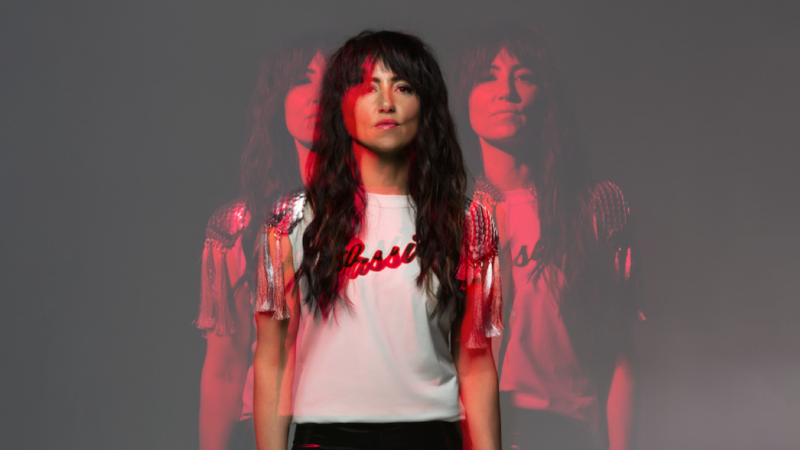 KT Tunstall album WAX comes out Oct. 5 via Rostrum Records. Piper Ferguson / Courtesy of the artist WAX is out on Oct. 5 via Rostrum Records . Album Cover / Courtesy of the artist Originally published on August 23, 2018 11:46 am In 2004, when singer-songwriter and guitarist KT Tunstall released her debut album Eye to the Telescope , little did she know that songs like “Black Horse and the Cherry Tree,” and “Suddenly I See,” would hold such sway over our pop psyches. But they have. Listen To KT Tunstall’s Anthemic ‘The River’ From Her Forthcoming Album, ‘WAX’

From the 1950’s to the present, rock and roll, along with its wide range of sub-genres, has dominated popular music. JamPlay instructor Matt Brown offers a fresh perspective on applying essential guitar techniques to the rock style. Take a look below to … Rock Guitar Lessons (FREE)

With this comprehensive instructional video geared toward those with little or no six-string experience, wannabe rock ‘n’ roll guitarists can learn the fundamentals of mastering the instrument from a lineup of expert tutors. The easy-to-follow lessons … Learn Rock Guitar Beginner: 2nd Edition

Rock guitarist John Shannon takes you on a journey to improve your rhythm playing. Effecting all facets of rock playing, rhythm is the foundation of quality playing. Learn to rock hard, efficient and not get stuck at one tempo. To get started in his lesson … Introduction to Rock Rhythm Guitar

Arts in Missoula: Pick your music fest, whether roots, DIY rock or guitar

It is the last weekend of August and the students are back at the University of Montana. That means that it’s also time for River City Roots Festival. The 13th annual (free admission) festival will take over a few blocks in downtown on Friday and Saturday. Arts in Missoula: Pick your music fest, whether roots, DIY rock or guitar

Before even releasing a debut album, Greta Van Fleet has firmly staked their claim as one of the fastest emerging groups in the country. In a recent interview with Fender, the band delved into the inspiration behind their classic rock-influenced sound … Greta Van Fleet Talks Classic Rock Influences and Learning Guitar

Derek Trucks and his better half, both in music and in marriage, Susan Tedeschi, along with their 10 other band mates, took the Chevy Court stage just after 8 p.m. for a show ripe with gritty blues, rock ‘n’ roll and lyrical guitar solos from one of the … Tedeschi Trucks Band put on a guitar playing clinic (Chevy Court review)

At the show, J+P will give attendees the chance to win a BMG Special guitar at its booth every day at 3 p.m. The BMG Special is inspired by Brian May’s legendary Red Special guitar, designed by May and his father, and is famous for the unique sound it … Just Add Power Will Rock ‘Guitars For Vets’ Giveaway at CEDIA 2018

… Harris introduced the two and described it as a “special day at the Rock & Roll Hall of Fame” as he spoke about their “remarkable careers.” The two then donated a guitar that the Rock Hall could auction to benefit its educational programs … Inductees Steve Cropper and Dave Mason Make a Special Appearance at the Rock Hall

Pearl Jam have entered a rarefied zone as one of just a few rock bands on the planet capable of consistently … Then he demanded Mike McCready to “Rip his head off with a little bit of guitar on this next one,” a request the fleet-fingered man holding … Pearl Jam Are Carrying The Torch For The Entire Alt-Rock Generation 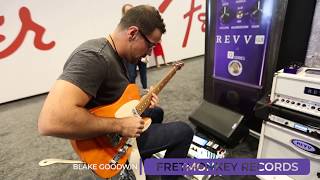 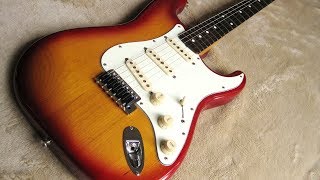 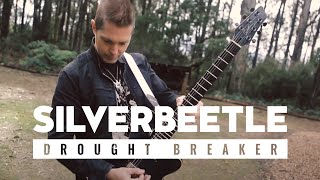 Short blues rock solo, not had much time to practice lately so this was welcome ! Blues rock guitar solo with the telecaster

Hendrix? Clapton? Santana? Who is the greatest guitarist of all time?

Hendrix? Clapton? Santana? Who is the greatest guitarist of all time?

Judas Priest Might Be Looking for New Guitarist After ‘Firepower’ Tour

Judas Priest Might Be Looking for New Guitarist After ‘Firepower’ Tour

I’ve just found out about Ed’s passing and I’m shocked and saddened. Ed was our brother, and a great Songwriter and Guitar player. I know he will be reunited with the rest of the boys in Rock & Roll Heaven. Our thoughts and prayers are with Sharon and his family. -Gary Rossington

Thank you for your one of, if not the, the greatest guitar progressions ever written.

News reached us that Lynyrd Skynyrd Guitarist Ed King passed away at the age of 68. He was most famous for writing the guitar riff to Lynyrd Skynyrd's classic “Sweet Home Alabama”. He was inducted into the Rock and Roll Hall of Fame as part of the band in 2006. pic.twitter.com/dR6074N02l

Well, that was a bit of a monster post, but that was the rock guitar roundup August 2018. If you’d like to have other styles than the ones we currently publish featured, then give us a mail.