It’s been an exciting month for rock music with new Hall of Fame inductees being revealed. As always, GMI provides you with the latest and essential news from across the global rock guitar spectrum in our Rock Guitar Roundup December 2017. Read on for articles on renowned artists such as HIM, Eric Clapton, Keith Richards and more!

HIM – fond and florid farewell for Finnish metal monsters 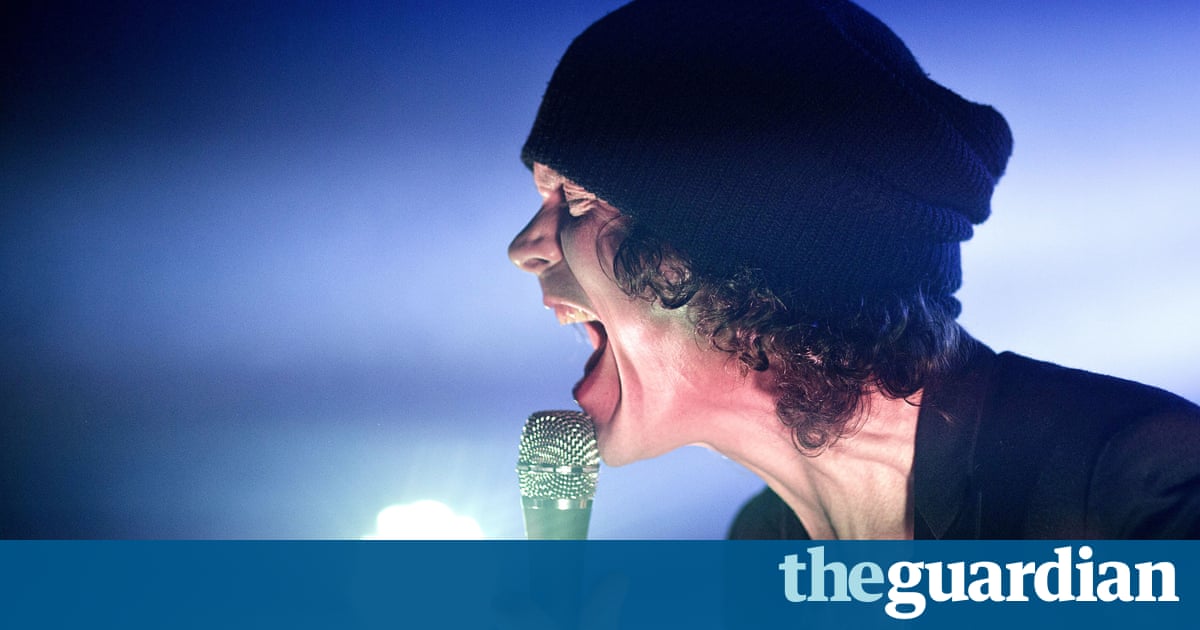 It can’t get more classic than the Doors and the Jimi Hendrix Experience, two quite different and completely iconic bands of the 1960’s classic rock period that have come to symbolize the sound of a timeless and wonderful age in popular music. One thing … Easy Classic Rock Songs to Play on Guitar

When it comes to playing rhythm guitar, it’s easy to fall into a rut. Guitarists tend to find comfort zones, then lean on the same strumming or picking patterns—song after song, gig after gig. If you’re feeling similarly stuck, this lesson may pry … Acoustic Rock Essentials: Ten Great Rock Strumming Patterns

“We were thrilled and honored to be even nominated, so it’s kind of bittersweet.” Vocalist Rob Halford shared the letter of rejection sent to Judas Priest by the CEO of Rock & Roll Hall of Fame. It reads (via NME) “Thank you for embracing your nomination … Rob Halford Shares Full Rejection Letter Rock Hall Sent to Judas Priest

… 1963 Gibson SG Custom that was famously played by Keith Richards is the subject of a recent Vintage Guitar profile. Currently housed at the Hard Rock Café’s home-base “Vault” in Orlando, Florida, the visually striking instrument was a go-to guitar … Famed Keith Richards Guitar Get Profiled (Week in Review)

Toe, styled as “toe”, a four-piece band from Tokyo, are known for their uniquely limpid guitar sound and delicate yet bald songwriting structure. If you are new to the Japanese post-rock world, “toe” could very well be the best place to start. To give things a South American bent, imagine eating a basket of tortilla chips paired with a … Japanese post-rockers “toe” announce new album, 1st South America tour

When things were at rock bottom, you always had the guitar. I would add one thing – listening to music became just as important as being able to play. During all of those periods of my life, I found new or old music that helped me, that got me through … Eric Clapton Talks Addiction, Cream’s Brilliance, the Future of the Guitar

ROCK legend Malcolm Young’s guitar was carried by his brother today as friends and family paid tribute to the AC/DC founder at his funeral in Sydney. Former bandmate Brian Johnson and other mourners were in tears as Scots pipers led the cortege past a … AC/DC legend Malcolm Young given final farewell as family carry his beloved guitar to his funeral

Rock ‘n’ roll was born and baptized in a smoky nightclub somewhere, but the baby was conceived in a church. Elvis Presley, Jerry Lee Lewis, and Little Richard were all raised Pentecostal, and their sounds were shaped by the raucous gospel music they grew … The Original Rock ‘n’ Roll Guitar God Was Actually a Goddess

It was a strong year for guitar rock, the best of it coming from younger bands dominated by women. Hear our year in review show now. https://t.co/cBf7gCUhIq pic.twitter.com/I0IxJvki8L

Energetic indie rock / pop-punk track from @THEHUNNABAND. "Never Enough" starts with a bouncy Brit-rock verse and quickly crescendos into a delightfully frenetic chorus. This song manages to get both the vocal melodies AND guitar riffs stuck in your head.

In 1987, @DinosaurJr. Dared to Make Guitar Rock Great Again with You're Living All Over Me: https://t.co/bVMQGe26Ns pic.twitter.com/6x2vU1dFDP

Well, its certainly been an interesting month for Rock music. Tune in next time for another roundup of the latest news from across the Rock Guitar world. Build your skills with our online lessons, and don’t forget to check out our other guitar roundups and how How To Play series! You can find all of this and more at our GMI – Guitar & Music Institute home page. See you next month…